I strolled downtown with my camera at the ready. In a stark reality of the mud and gray skies, Iqaluit showed off it's nasty messy side. Everywhere garbage is tossed; 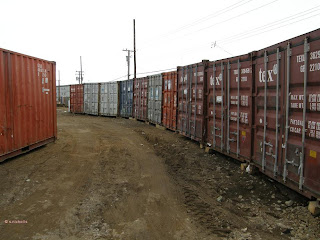 washing machines, mattresses, wrappers cans, bottles, paint cans..the list goes on.
I took this picture of the bins near a new construction site on route to the museum. The other photos were taken inside the museum. The exhibit was rich and varied.
This is a whale head skull, which I didn't dare touch. Downstairs they had a beautifully carved whale bone. Both sides were carved with images depicting Inuit lore and lifestyle. 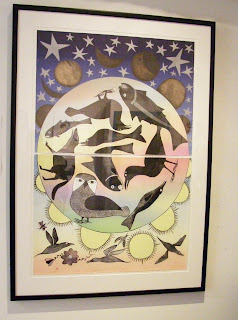 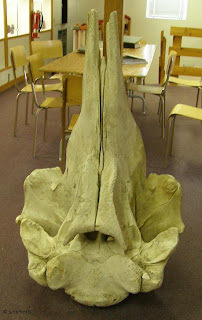